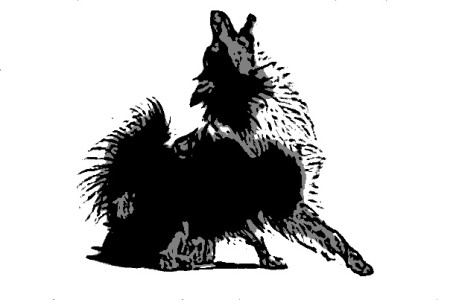 The only place I want to hear non-stop barking is at the Browns stadium! Otherwise, excessive barking is a nuisance. It is also a common problem. In fact, so common that bark collars that shock or spray are now one of the biggest sellers in training aids for dogs. Of course, if those collars were a good choice and actually solved the problem, I would not be getting so many calls.

Besides how annoying it is, there could be more serious reasons the pointless barking must stop. Maybe you are in danger of getting evicted from your apartment, ruining your friendship with your neighbor or causing problems with your work because you do it from home.

So what can you do? There are lots of possibilities to end excess barking but the right choice depends on the cause(s), the dog and the people involved. There isn’t a solution that is “one size fits all”. You may find some solutions that claim to be all you need on the internet, on TV,  in books, or elsewhere, honestly, they usually aren’t complete and won’t work well if you don’t figure out the cause.

Because there is so much to consider, I’ll divide the information into separate blogs.

It is important to note that there may be a trigger associated with the cause of the barking. A trigger is a situation, event or object including people, that can cause the excessive barking to begin. For example, your dog may be set off by a car so the car is the trigger. However, note that your dog may not be triggered by all cars but only ones that are moving. So be specific when you make your list. More examples include a dog walking by the house, a particular breed of dog or a dog that is running.

Once you identify a trigger, such as the moving car, it can provide a clue to the cause and will also have to be managed. For example, if your dog is only reacting to moving cars, it could indicate territorial aggression or it could be normal prey drive associated with his breed, kicking in because he has no acceptable outlet for that behavior The Sound of Barking:

Also, pay attention to your dog’s bark because it could be a possible clue to the cause(s). The sound, character and rhythm of your dog’s bark can change depending on the message. For example, when a dog is lonely, the bark is typically different than one used to warn you of danger.

Below this list, you can download and print a more complete checklist of possible triggers and causes. I encourage you to give a copy to each person in your home to fill out separately. Then the fun begins when you can get together to compare your lists. You may be surprised with quite different answers!

Then you can try removing or modifying some of the causes right away. You may be surprised at your dog’s improvement.

A List of Possible Causes and Contributors for Nuisance Barking

Your dog’s needs are not being met. She is:

Your dog is overreacting because:

Your dog’s prior experience:

Your dog’s health can be affecting his behavior, for example:

NOTE that your dog may bark excessively for not just one, but for a combination of these reasons.

Modify or remove any of the causes or triggers when possible and watch for more help in upcoming blogs.

I have practiced veterinary medicine in the Cleveland area since 1990, with behavior medicine as my primary interest. I help improve the behavior of dogs and cats through a variety of online courses. I also offer one-on-one and group behavior training sessions in the Northeastern Ohio area.